Last month, it was our honor to be interviewed for the Seaton Hall project at Kansas State’s College of Architecture, Planning, and Design. Seaton Hall, home to K-State’s design school, is a hallmark of the University and one of the oldest buildings on campus.  At the interview, we focused on the way that architectural education and techniques have changed throughout history; our thesis suggested, however, that high-quality spaces are timeless and always relevant. In the vein of Gottfried Semper, we referenced both tectonic and stereotomic examples of natural “architecture” in the Kansas landscape, making an architectural argument for a building that joins a heavy, carved stereotomic mass with a lighter, additive tectonic frame. The tension between these two opposing yet complementary systems became the parameter through which we conceived the project. 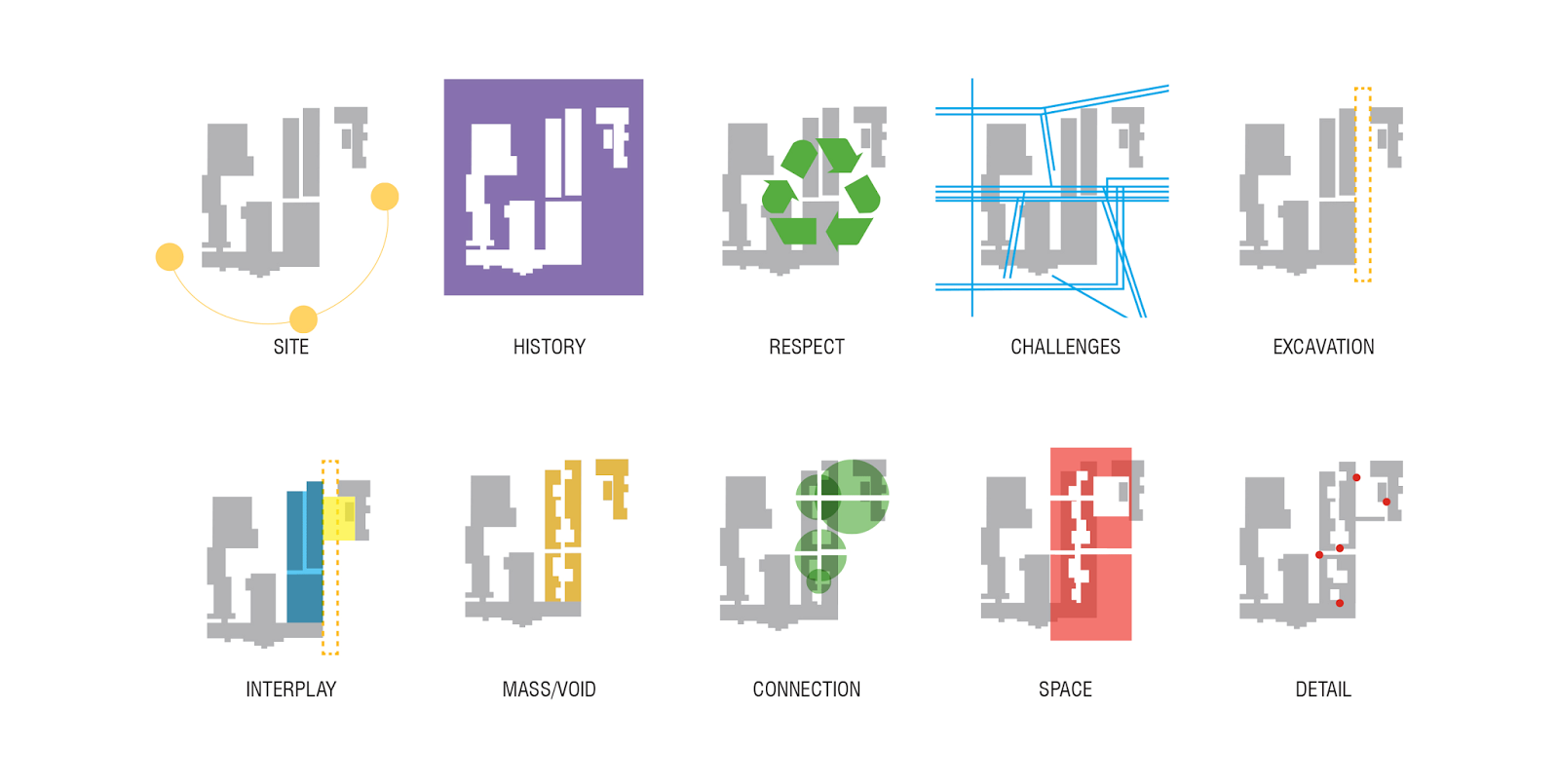 As with all our buildings, we began to approach Seaton Hall by immersing ourselves in the broader history of K-State and the character of the Kansas landscape. At Seaton Hall specifically, issues of historicism and contextual reference began to raise questions about the stylistic character of new built interventions. Rather than tying our thinking to one particular architectural time period, we moved toward developing an architectural language that transcends time. This language, marked by timelessness and material history, weathers and changes along with time, improving its appearance and developing an attractive patina that speaks to its age. Deployed into an architectural model that unites Semper’s ideals of stereotomic mass and tectonic construction, a timeless architectural language could bring a deep meaning and an appropriate identity to Seaton Hall. 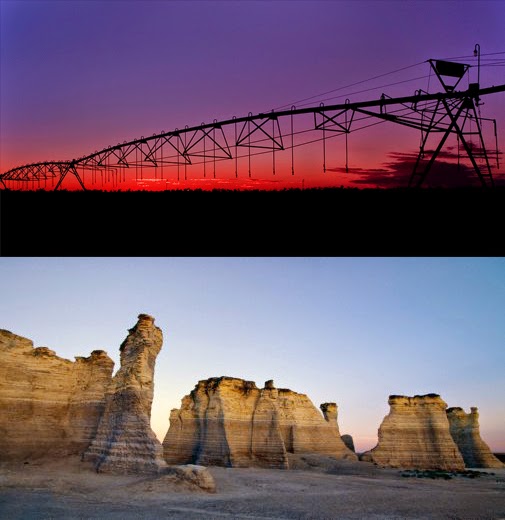 Kansas has perhaps the greatest example of natural stereotomic mass, formed over time and by forces of nature, and characterizing a specific landscape and sense of place. The Chalk Pyramids of Monument Rocks are a natural chalk formation in Western Kansas, reaching nearly 70 feet into the air and defining an iconic profile in the otherwise flat Kansas landscape. Their character, influenced by their immense scale, creates an experience for visitors: an experience shaped by sunlight raking across their complex texture, rain streaking their ragged faces, and deeply impactful space formed from nothing more than chalk, water, wind, and time.

Applied architecturally, tectonic elements complement this stereotomic mass. When searching for a precedent in the history and culture of Kansas, we turned to the center-pivot agrarian machines that dot the Kansas landscape. Though manmade, these machines are exercises in utility and practicality; they contain no superfluous parts, and their relationship to the land is straightforward and uncomplicated. They mark the land carefully and deliberately, leaving a geometric footprint that has become part of the identity of the Midwest.

We believe that, like fine art, good architecture has the ability to transform a person’s thinking. Both art and architecture are concerned with the essential elements of form and space, and the principles that influence them: mass, void, balance, scale, texture, rhythm, movement, and proportion. These fundamentals of great architecture are grounded in a deep understanding of the history of a place. When combined, these principles create unique experiences for visitors: thoughtful programming, manipulation of light, impactful materials, and high-quality spaces. At the K-State interview and with all our projects, we explored the architectural idea that these experiences, brought together in a quiet, confident idea, have the power to enhance the human experience. 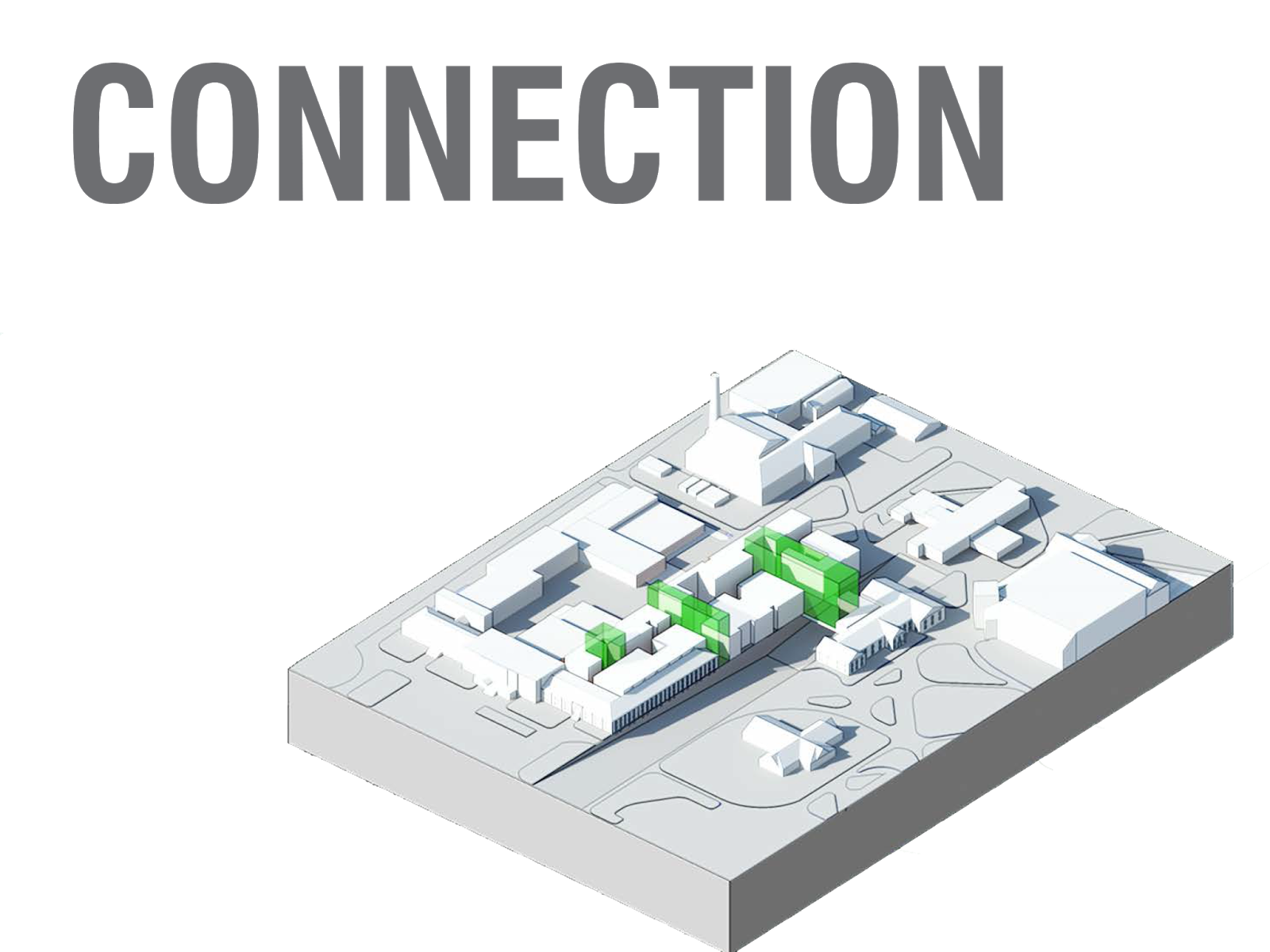 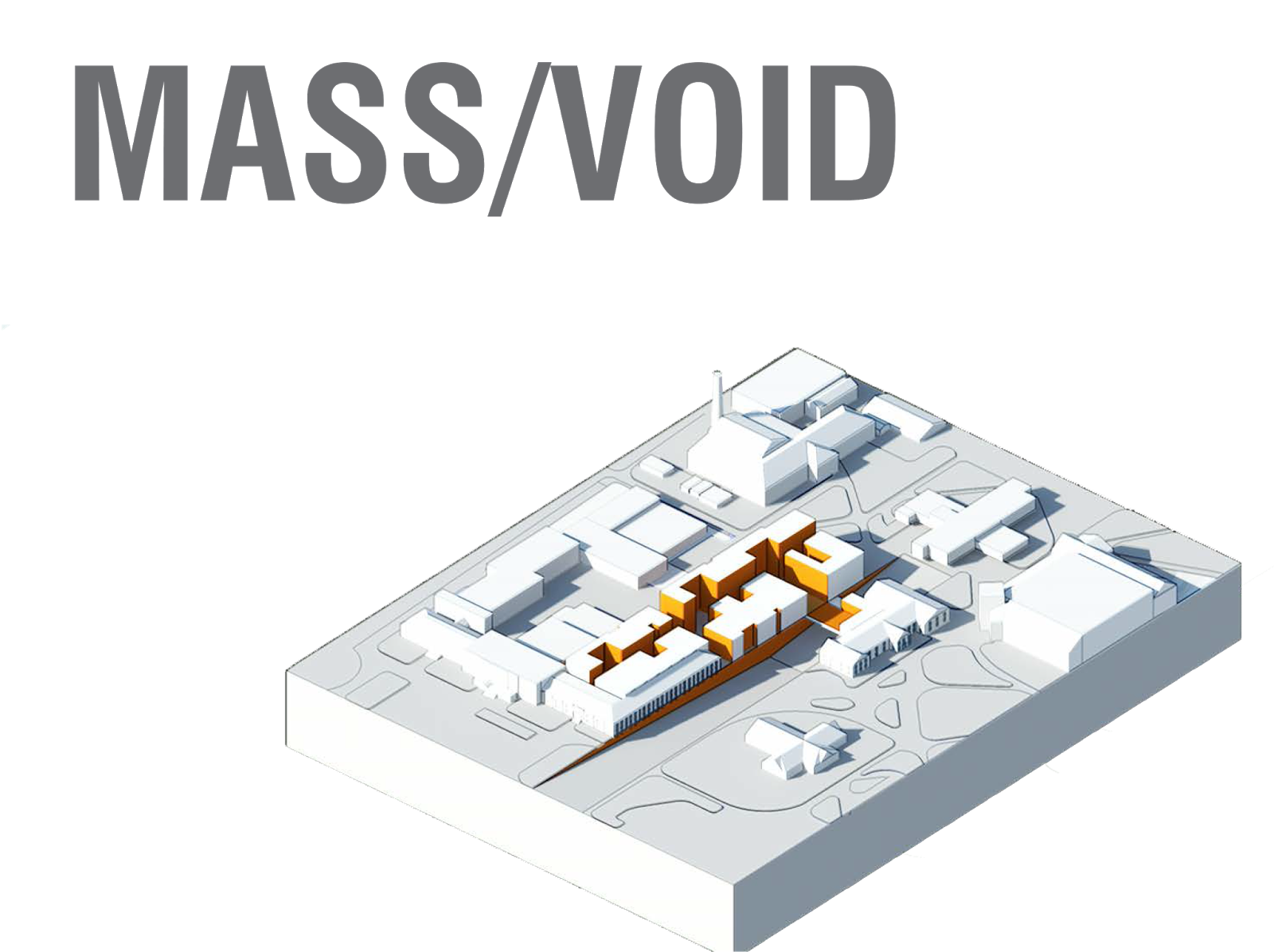 Spillman Farmer’s team has decades of experience working with historic structures both on and off the National Register of Historic Places. 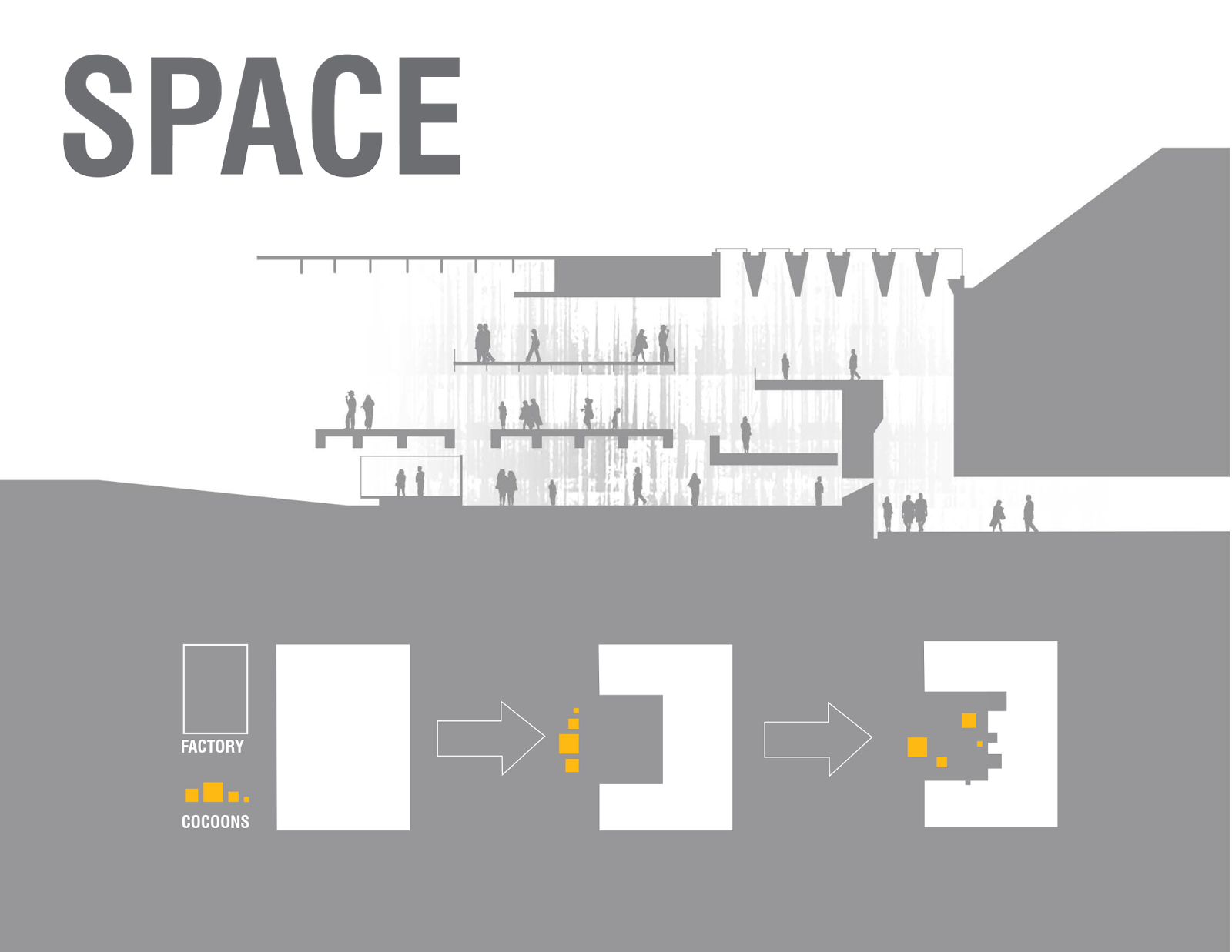 Higher Education During the Pandemic and Beyond

Read article
In the Making